Ivana Dusparic is an Ussher Assistant Professor in the School of Computer Science and Statistics at Trinity College Dublin. Prior to this she has been an Assistant Professor in University College Dublin (2015-2016), and a Research Fellow in Trinity College (2010-2015).Her research interests lie in the use of artificial intelligence, and in particular reinforcement learning, to achieve optimization of large-scale heterogeneous infrastructures, with primary focus on optimization of resource use in smart cities. She has published over 50 peer-reviewed publications in the area of intelligent agents and multi-agent systems, intelligent mobility and smart energy grid.Her research is funded through a number of Science Foundation Ireland and Irish Research Council projects. She is a co-lead of the SFI Centre for Research Training in Artificial Intelligence; a funded investigator in the CONNECT research centre, working on the Enable smart cities research programme; and a principal investigator in Surpass, an IRC New Horizons multi-disciplinary award investigating impact of autonomous vehicles on cities. Webpage: https://www.scss.tcd.ie/Ivana.Dusparic

George Iosifidis received the Diploma degree in telecommunications from the Greek Air Force Academy, Athens, in 2000, and the Ph.D. degree from the Department of Electrical and Computer Engineering, University of Thessaly, Volos, in 2012. He was a Post-Doctoral Researcher at CERTH, Greece, from 2012 to 2014 and at Yale University from 2014 to 2017. He is an Assistant Professor with the School of Computer Science and Statistics, Trinity College Dublin, Ireland. He was a co-recipient of the Best Paper Awards at WiOPT 2013 and IEEE INFOCOM 2017, and his work has appeared in Nature Communications, Nature Human Behavior, and PNAS. He served as a Guest Editor for IEEE Journal on Selected Areas in Communications in 2018 and is currently an Editor for IEEE Transactions on Communications and for IEEE/ACM Transactions on Networking. His research interests lie in the broad area of network optimization and network economics, with a recent focus on edge computing, mobile analytics, and sharing economy platforms. Webpage: https://www.futurenetworkstrinity.net/ 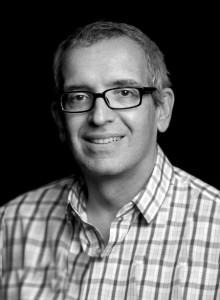 Prof. Luiz A. DaSilva is the Director of CONNECT. He came to Trinity College in 2009, where he now holds the Personal Chair of Telecommunications. Previously, Prof. DaSilva spent six years at IBM and seventeen years at Virginia Tech in the USA, most recently as a Professor in the Bradley Department of Electrical and Computer Engineering. Today, he retains a research professorship in that department. Prof. DaSilva’s research focuses on distributed and adaptive resource management in wireless networks, and in particular spectrum and infrastructure resource sharing for next generation networks. He is responsible for seminal work on cognitive networks and on the application of game theory to wireless resource management problems. He is currently working on a new architecture for virtual wireless networks orchestrated from resources belonging to heterogeneous technologies and multiple stakeholders. Prof. DaSilva’s research combines theoretical modeling of network resource planning and usage with hands-on testbed implementation of dynamic resource management solutions. Professor DaSilva is currently a principal investigator on research projects funded by the National Science Foundation in the United States, the Science Foundation Ireland (SFI), and the European Commission under Framework Programme 7 and Horizon 2020. He is a co-applicant of CONNECT and holds a Principal Investigator grant from SFI. He has co-authored two books on wireless communications and is an IEEE Communications Society Distinguished Lecturer. Professor Luiz DaSilva is a Fellow of the IEEE. He received the honour in recognition of “contributions to cognitive networks and resource management for wireless networks”. 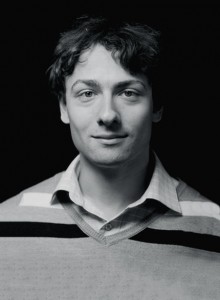 Boris Galkin is a postdoctoral researcher at CONNECT in Trinity College Dublin and is a member of Professor Ivana Dusparic‘s research team. He was awarded a BAI and MAI in computer & electronic engineering in 2014 and a Ph.D. degree in 2019 from Trinity College Dublin. His research interests include vehicular networks, unmanned aerial vehicles and machine learning. 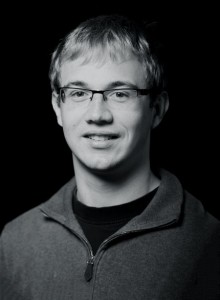 Jernej Hribar is a PhD researcher at CONNECT in Trinity College Dublin. His research focuses on future networks, particularly resource allocation problems for Internet of Things networks. He received bachelor’s degree in Electrical Engineering in 2013 from the University of Ljubljana, Slovenia. 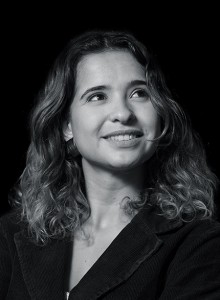 Erika is a PhD researcher at CONNECT in Trinity College Dublin.She received her MSc degree in Network Computing from University Federal Fluminense in 2017 and the BSc degree in Telecommunications Engineering in 2013, also from the University Federal Fluminense.She has experience in wireless network research and her research interest is focused on 5G cellular networks and software-defined radio. 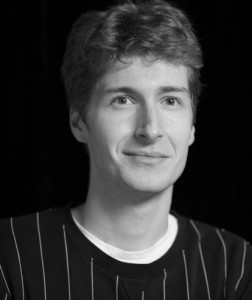 He is pursuing his PhD degree in networks resource allocation under the supervision of Dr Andrei Marinescu and Dr Luiz Da Silva.

André Gomes is a PhD researcher at CONNECT in Trinity College Dublin.He received his BSc in Telecommunications Engineering from the Universidade Federal de São João del-Rei (UFSJ) 2017, and his MSc in Computer Science from the Universidade Federal de Minas Gerais (UFMG) 2019. Currently, he pursues his PhD in Electronic and Electrical Engineering under the supervision of Prof. Luiz DaSilva.His research interests are mostly related to Machine Learning applications, Cognitive and Self-Organizing Networks. 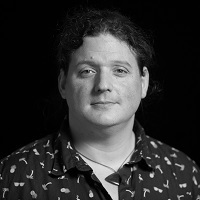 Alessandro is a Research Fellow at CONNECT in Trinity College Dublin. He received his PhD in cellular network management from Imec, Leuven, Belgium, in 2015. He subsequently worked as a postdoctoral researcher at KU Leuven (Belgium) on massive machine-to-machine communication, channel prediction, very dense networks, and the application of machine learning to theoretical problems in telecommunication and information management. He is currently an MSCA EDGE fellow in CONNECT and is working on the project “Internet of Complex Things”, which aims to develop a formal framework for causality in distributed wireless networks and to provide adaptive run-time control methods for vast and dense IoT sensor networks. 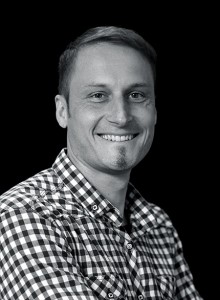 Dr Jacek Kibiłda is a Research Fellow at CONNECT, the Science Foundation Ireland Research Centre for Future Networks, at Trinity College Dublin, and a 2017-18 Fulbright TechImpact Scholar with the University of Texas at Austin. He holds an MSc degree from Poznan University of Technology and a PhD degree from Trinity College Dublin. His research interests include applications of stochastic geometry and optimization to radio resource management and sharing for wireless and mobile networks.

Ramy Amer received the MSc degree in Electrical Engineering from Alexandria University, Egypt, in 2016. Since 2016, he is pursuing his PhD degree in wireless communication, especially, wireless caching, under the supervision of Dr Nicola Marchetti at CONNECT centre, Trinity College Dublin, Ireland. His research interests include cross-layer design, Cognitive Radio, Energy Harvesting, Stochastic Geometry, and Reinforcement Learning. Prior to CONNECT, he was also an assistant lecturer for the switching department, National Telecommunication Institute of Egypt (NTI), Cairo, Egypt, where he conducted professional training both at the national and international levels. He was a visiting scholar at Wireless at Virginia Tech, with Prof Walid Saad’s group from September 2018 to March 2019. He is the recipient of best paper award from IFIP NTMS in 2019 and the IEEE student travel grant from WCNC in 2019. He is recognized as an Exemplary Reviewer by the IEEE TRANSACTIONS ON COMMUNICATIONS 2019. He is also certified as a Cisco instructor and has other Cisco data and voice certificates. He worked as a parttime instructor for many national and international training centres, e.g., New-Horizon Egypt and Fast-Lane KSA

Zhisheng Niu graduated from Beijing Jiaotong University, China, in 1985, and got his M.E. and D.E. degrees from Toyohashi University of Technology, Japan, in 1989 and 1992, respectively.  During 1992-94, he worked for Fujitsu Laboratories Ltd., Japan, and in 1994 joined with Tsinghua University, Beijing, China, where he is now a professor at the Department of Electronic Engineering. His major research interests include queueing theory, traffic engineering, mobile Internet, radio resource management of wireless networks, and green communication and networks. Dr. Niu has served as Chair of Emerging Technologies Committee (2014-15), Director for Conference Publications (2010-11), and Director for Asia-Pacific Board (2008-09) in IEEE Communication Society, and currently serving as Director for Online Contents (2018-19) and Area Editor of IEEE Trans. Green Commun. & Networks.  He received the Outstanding Young Researcher Award from Natural Science Foundation of China in 2009 and the Best Paper Award from IEEE Communication Society Asia-Pacific Board in 2013.  He was also selected as a distinguished lecturer of IEEE Communication Society (2012-15) as well as IEEE Vehicular Technologies Society (2014-18). He is a fellow of both IEEE and IEICE.

Sheng Zhou received the B.E. and Ph.D. degrees in electronic engineering from Tsinghua University, Beijing, China, in 2005 and 2011, respectively. From January to June 2010, he was a visiting student at the Wireless System Lab, Department of Electrical Engineering, Stanford University, Stanford, CA, USA. From November 2014 to January 2015, he was a visiting researcher in Central Research Lab of Hitachi Ltd., Japan. He is currently an Associate Professor with the Department of Electronic Engineering, Tsinghua University. His research interests include cross-layer design for multiple antenna systems, mobile edge computing, vehicular networks, and green wireless communications. He received the IEEE ComSoc Asia-Pacific Board Outstanding Young Researcher Award in 2017.

Yong Li received the B.S. degree in electronics and information engineering from Huazhong University of Science and Technology, Wuhan, China, in 2007 and the Ph.D. degree in electronic engineering from Tsinghua University, Beijing, China, in 2012. He is currently a Faculty Member of the Department of Electronic Engineering, Tsinghua University. Dr. Li has served as General Chair, TPC Chair, TPC Member for several international workshops and conferences, and he is on the editorial board of two IEEE journals. His papers have total citations more than 5200. Among them, ten are ESI Highly Cited Papers in Computer Science, and four receive conference Best Paper (run-up) Awards. He received IEEE 2016 ComSoc Asia-Pacific Outstanding Young Researchers and Young Talent Program of China Association for Science and Technology.

Zhiyuan Jiang received his B.E., Ph.D. degrees from the Electronic Engineering Department of Tsinghua University in 2010, 2015, respectively. He is currently an associate professor with the School of Communication and Information Engineering, Shanghai University. He visited University of Southern California during 2013-2014 and 2017-2018. He worked as an experienced researcher and a wireless signal processing scientist for Ericsson and Intel Labs in 2015-2016 and 2018, respectively. His main research interests include sequential decision making with applications in wireless networks and multi-antenna communication systems.

Sheng Chen received his Bachelor’s degree from Tsinghua University, Beijing, in 2016. Currently, he is studying for a Ph.D. degree at Niulab in the department of Electronic Engineering, Tsinghua University. His research interests include channel estimation,  beamforming and machine learning applications in wireless communications.

Wenqi Shi is pursuing his PhD degree in smart networking under the supervision of Dr Zhisheng Niu. He received the BSc degree in Electronic Engineering from Tsinghua University in 2017. His reserach interests are 5G cellular networks, Mobile Edge Computing and Deep Learning.